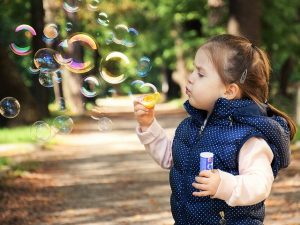 1. To Keep Their Weight Normal

It may seem like a foregone conclusion that children who do not exercise are more likely to get overweight and obese. Despite this very obvious fact, there are very many kids who are becoming overweight. To compound this harrowing fact, a recent report released by the World Health Organization (WHO) indicated that by 2030, the UK will have the most obese population in Europe.

The rise in obesity rates will mean that there will be more people with cardiac ailments and chronic health conditions such as type-2 diabetes. The numerous health complications that can be attributed to obesity underscore the main reason why we should ensure that kids stay physically active. Though some may argue that adults need to make a bigger effort to live a healthier lifestyle as they advance in age, this may show that they did not receive enough education as to why they should choose a healthier lifestyle when they were younger.

The early years of a child’s life usually defines their general health as they grow older. Pre-teens and teens develop much faster than adults. When young kids stay active, they are more likely to develop stronger bones and muscles. Proper growth and development fosters great health and also makes kids less susceptible to physical injuries. Further, it also minimizes the chances of ailments that are influenced by bone strength when one is young such as osteoporosis from manifesting.

The rise in technology is one of the main reasons why many kids are not physically active today. Though many people acknowledge that the constant use of technological gadgets has detrimental health effects such as increasing the chances of one becoming obese, many subtle negative effects of technology usually pass unacknowledged. The fact that not all negative effects of technology on health are acknowledged is in itself worrying. However, what is more disturbing is the rise in the use of portable gadgets. Studies have proven that some acts such as watching television for too long can negatively affect the posture of an individual. When kids are using portable gadgets such as tablets and laptops, they tend to spend too much time in body positions that have a high likelihood of affecting their gait and posture over time.

3. To Improve Their Mentality

As shown in the article above, it is not possible to accurately determine how the realities of our life today will affect the physical health of coming generations. It is very worrying that despite our good understanding of topics such as dieting, nutrition, and physical health, the general health of our population continues to diminish at a worrying rate. Based on what is happening now, the question is not how bad things will be in the future but how worse off they will be compared to the current moment.