What Will A UPS Protect Against?

A UPS or uninterrupted power supply 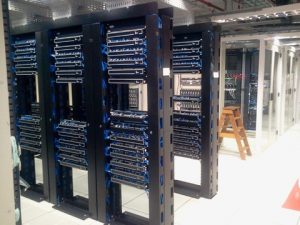 is a device that prevents a loss of power that can disrupt or damage an electrical system. If the mains supply has a problem, it will work as a backup battery and ensure that any critical systems remain active ling enough for correct shutdowns. This is ideal if you need prolonged power in the event of a disruption.

There are four problems that your electrical supply can face. All of these will cause issues without the safeguard of a UPS system. It is important to know what they are and what they can do.

The first is power surges which are an increase in the power flowing through your device. This will generally be caused by an external force such as lightning strikes. The increase in power followed by the drop after can cause serious damage to equipment.

The second is overvoltage which is when the supplied power is greater than the required power. This will cause equipment to overheat and will damage it. Unlike power surges, the increased power is provided over a prolonged period and will cause different problems.

The third issue is Undervoltage which is also known as a brown-out. This is when the power supplied to equipment is less than it requires. The reason for this could be a sudden demand for power in another area or a problem with the power grid. A lack of power will cause data loss and damage.

The last problem is a power outage which is a complete disruption of the power. There are a lot of causes of power outages, but the results will be a severe loss of data. System downtime will also be a major issue.

What Makes Up A UPS?

There are four parts that make up a UPS and will work together to provide the constant flow of power that you need in an emergency. The arrangement of these parts will vary depending on the type of UPS you have. An offline UPS will have a different configuration to an online double conversion UPS. However, both machines will have the same four components

The first part is the charger which ensures the batteries are charged as they wait to be activated. To do this, the charger converts the incoming AC into DC. The current then travels through the UPS and powers the batteries.

The second part is the battery and this is where the power of the UPS is stored until you need it. The batteries are generally stored in long strings with several connected as a series to provide continuous power. The danger of this is that if one battery fails, the whole string will and this is why you need to frequently test your batteries. The charger will take care of providing the battery with the highest possible charge. The UPS Battery Shop can help you with this.

The third part is the inverter and this is the second half of the double conversion process. It is also vital for turning stored battery power into usable energy. This part will often be the core difference in the set up of the UPS as the online systems have a constantly active inverter for seamless changes. An offline UP will activate the inverter through the bypass switch when the power problem occurs. This part of the system will keep the output stable, consistent and modulated.

The last part is the switch which is used by line-interactive and offline UPS systems. The switch is triggered when there is a power disruption and will activate the inverter. An online UPS will have a switch that acts as a bypass switch and will trigger when there is a UPS failure. When this happens, the switch divers to a separate circuit for the mains power.

All of these parts are needed and have to work together for your UPS to provide you with the power you need. If any part of the system fails, the entire system will fail.